In his scientific exploration “Enlightenment Now”, Harvard University’s DR Steven Pinker outlines how humanity is making sensational progress, citing real data that will surprise you. The data is real, verifiable and encouraging. But one challenge is highlighted as a critical need to be addressed: Climate change.

Climate change, next to the threat of nuclear war, is humanity’s greatest challenge in need of overcoming. While Professor Pinker describes numerous technologies being advanced to fight the dilemma, he emphatically details just how enormous a predicament it is. He, like many data-driven scientists, remains hopeful, but agrees that each and every person on earth needs to pull their weight. 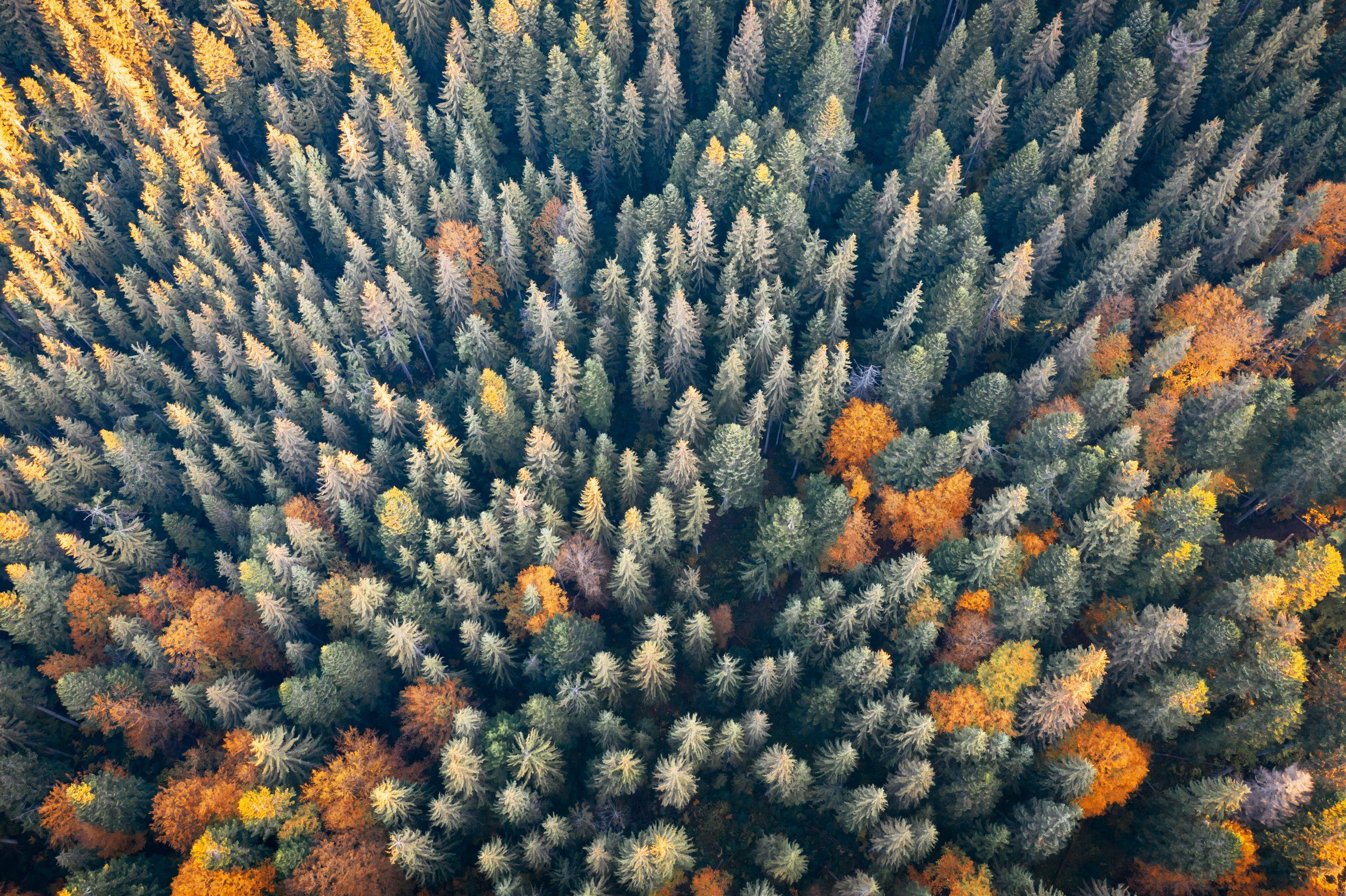 With that in mind, we’ve researched some of the most effective ways our species is combating the problem of climate change. Here are the five most effective methods we can utilise to overcome the crippling, man-induced problem:


Humanity’s advancement has driven an insatiable appetite for energy. We just cannot get enough of it. Look around you; you’re reading this on your phone or laptop, both of which need batteries and which in turn need charging. Your watch needs power, single-use or rechargeable. A TV is likely in your line of sight, a fridge and freezer very probably nearby, a microwave, toaster, oven, dishwasher, vacuum cleaner… the list can go on. Humanity has harnessed energy to evolve into the most advanced species in the known universe, and we can’t remain the most advanced without energy to at least sustain our ways of life.

In correlation to this need for energy, we know the data behind our energy sources, and how most of it expends copious amounts of heat-trapping CO2. We must transform our energy sources right now if we are to survive. The only way to do this is by driving investment in new installations of renewable energy sources such as wind and solar, and by investing in cutting edge clean energy research.

Whether that be by retail investors (through platforms like Ecowatt) or institutional portfolios. The second most important consumable in humanity’s advancement is capital, and it must be deployed liberally to these causes if we are to win the race against catastrophe. 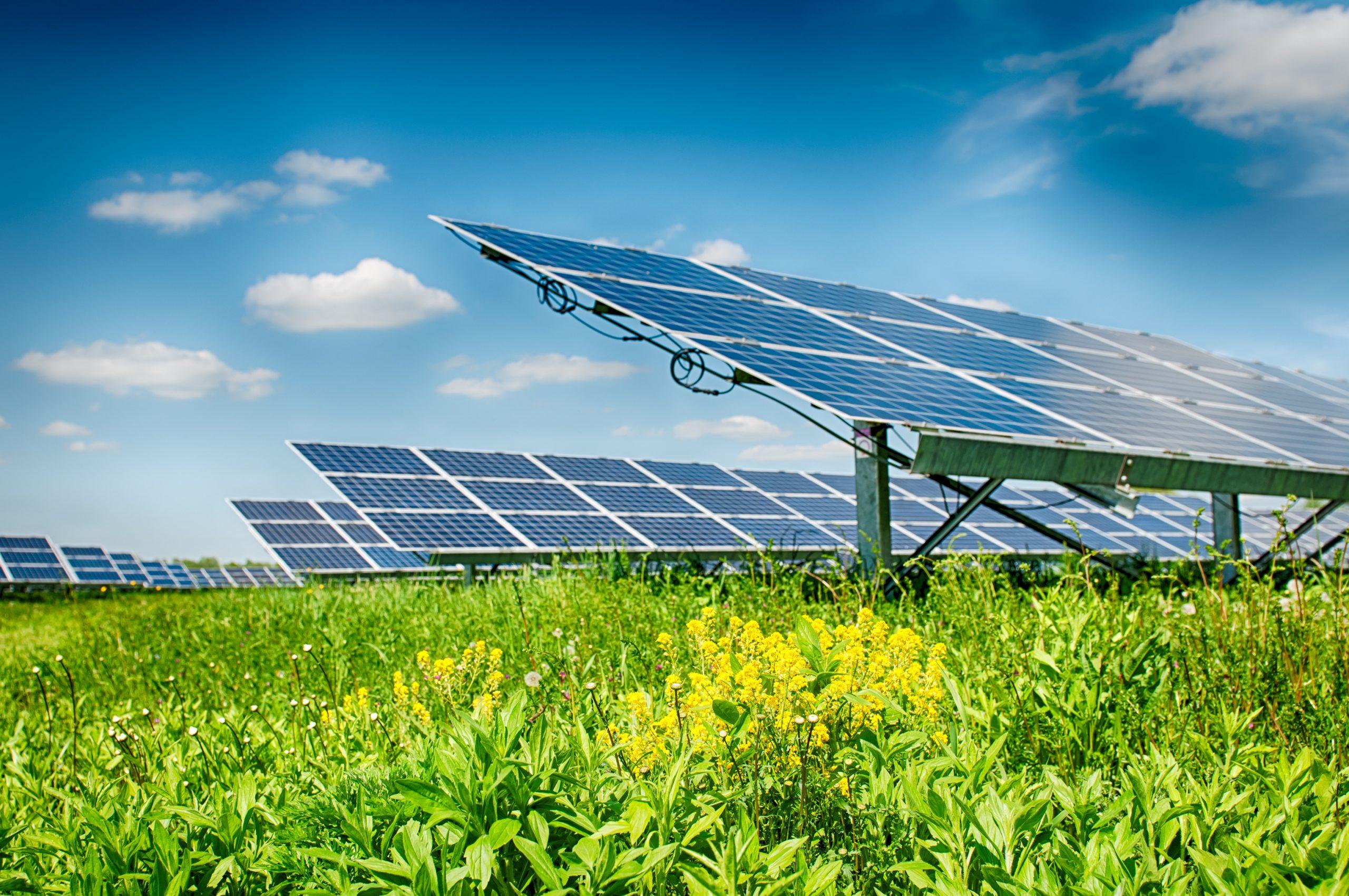 Transforming our sources of energy from fossil fuel to renewable is a way to prevent further catastrophic damage. But what about the harm that has already been done, and the two trillion tons of carbon we have emitted since the Industrial Revolution?

Carbon capture is another tool we must invest in to win this war. And the easiest way to accomplish this is through the reforestation of key wildlife areas. Whether those regions were previously harvested for human use, or are identified open plots of land able to withstand new forest establishments, reforestation and afforestation must happen at scale!

As we’ve written emphatically here at Ecowatt, one mature tree absorbs 21 kg of carbon per year. A small forest taking up only an acre of land averages between 300 and 800 trees, depending on the species. Let’s average that to 450. That’s 9.4 tons of carbon absorbed every year by a single acre of newly planted forest.

It is absolutely imperative that we implement additional reforestation projects globally. 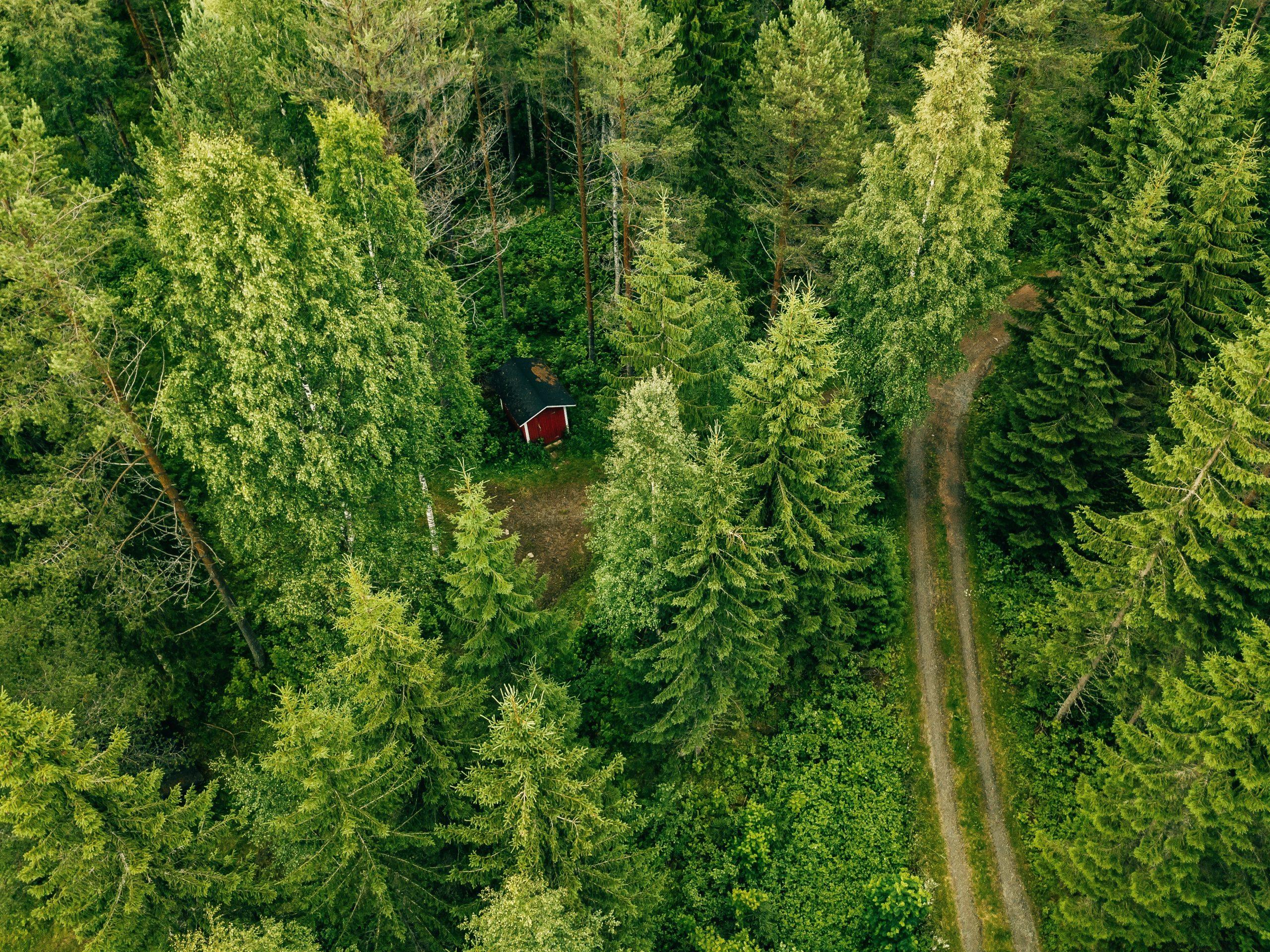 Arguably the easiest route to winning this war is that of simple economics. First implemented in Guatemala in 1989 (interestingly as part of a reforestation project), Carbon Credits are the currency humanity needs now more than ever.

The system is an ingenious way for companies and individuals alike to offset their energy usage by funding the fight against climate change. Because that is what carbon credits are: They are funds, or capital, directly deployed to green initiatives.

By purchasing Carbon Credits, public and private entities are not only offsetting their own carbon emissions, but they are funding the work of green energy investments and accelerating humanity’s progress toward a carbon negative future.

Here’s a metaphoric example to assist in your math… Imagine there are only two people on earth: Alice and Bob. Alice loves to eat; and burns a lot of energy to satisfy her addiction, 100kw a year, all generated using wood fires and fossil fuels. That’s an astonishing 3.25 tons of carbon emitted annually.

This is almost the exact scientific formulae for the carbon credit economy (albeit extremely simplified). By investing and purchasing carbon credits, we can fast track this process to a human existence that is carbon negative! And of course, our goal here at EcoWatt is to ensure carbon credits can be easily purchased no matter who you are or what your background! 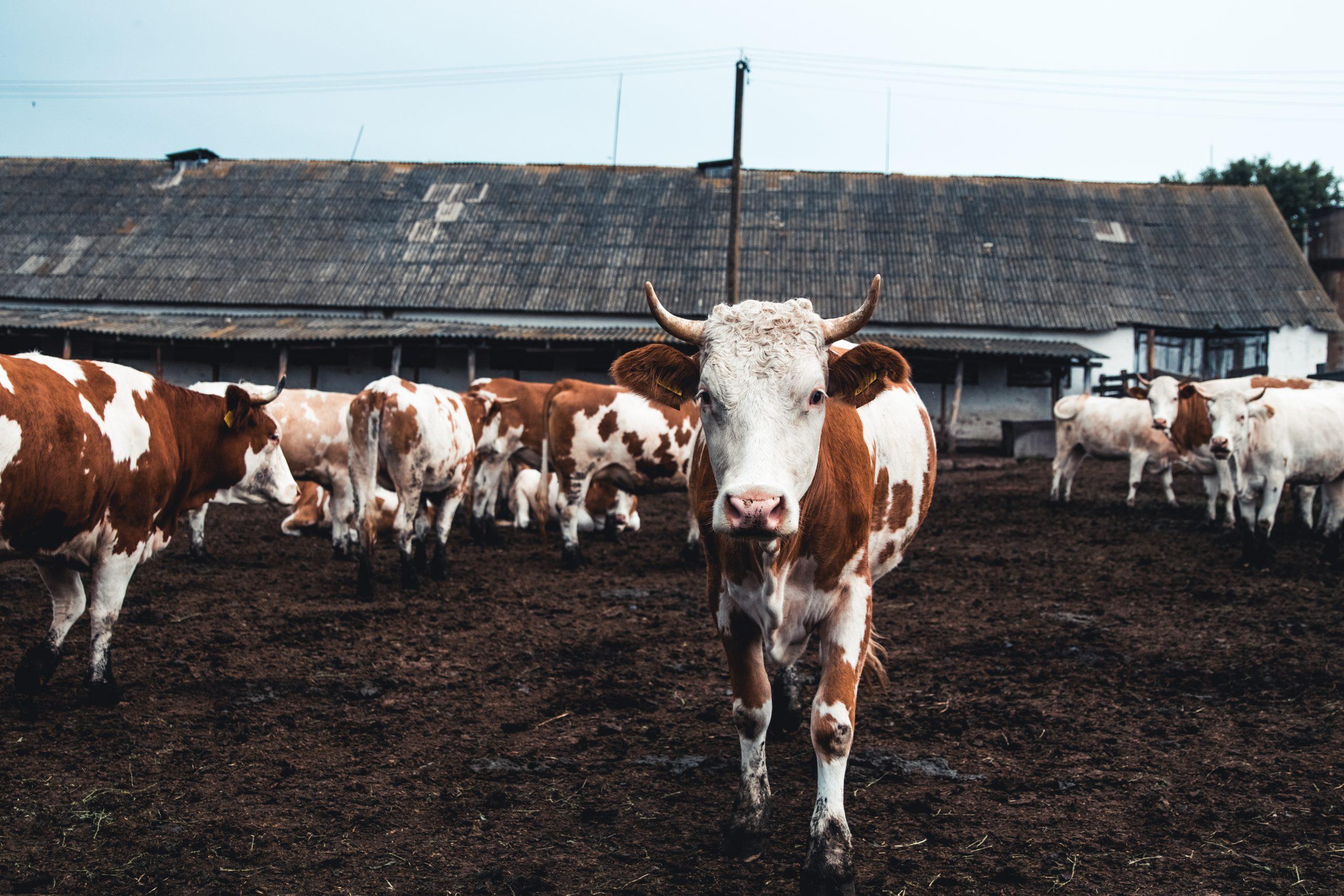 As with the above simplified illustration, humans emit more CO2 than the mere fossil fuels they’re burning. Like Alice and Bob, our human waste and even the waste of the animals we domesticate and eat all emit CO2 into earth’s atmosphere.

Unfortunately for the carnivores amongst us, it is the meat-producing livestock that humans keep that produces the most amount of CO2. Lamb, pork, poultry and beef are the four worst animals contributing to climate change globally. Of course, it’s not their fault, our agricultural practices breed them in order to sustain humanity’s vociferous diets of meat. Which is why it’s time to turn the dial down.

A recent study calculating the emissions of livestock and the amount of livestock we slaughter in order to eat, if every person on planet earth had to reduce their meat consumption by 25 percent (one quarter), we would reduce annual carbon emissions by as much as 20%!

That is an astonishing figure, and one that should really be taken seriously. If you’re eating meat at 20 meals a week, all you need to do is eat meat at 15 meals a week! Not that difficult at all. 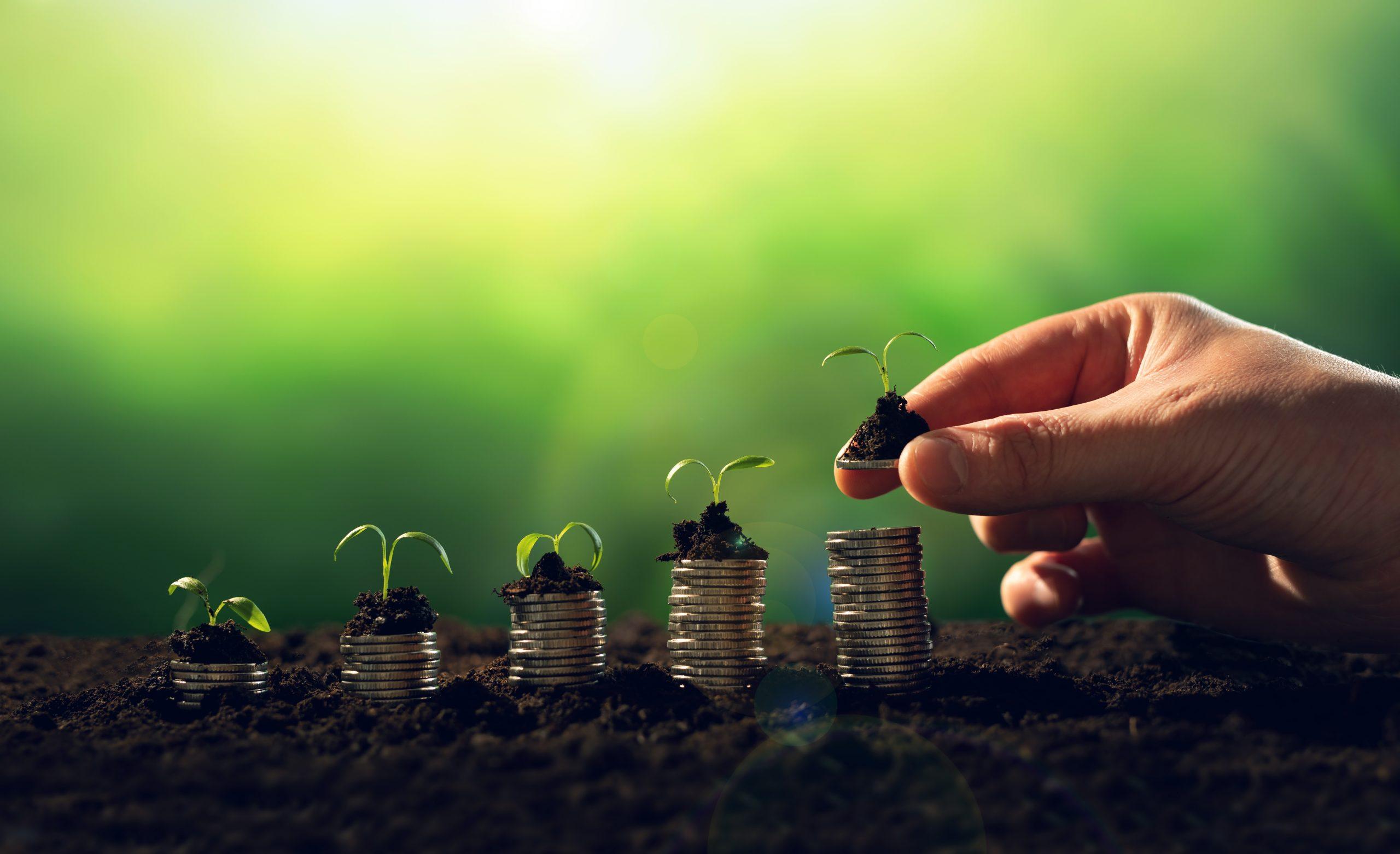 Green bonds are also known in some spheres as “climate bonds”, and are fixed-income financial products. Their investment capital is used to fund projects that have positive environmental and climate impacts.

They’re one of the newest asset classes available in the finance industry, having been first introduced in 2007 by a group of Swedish pension funds. The group were seeking investment into projects that would make considerable positive impacts on the climate, and within a year their work had reached the World Bank, who loved the idea so much that they issued green bonds internationally.

Green bonds are structured in a way in that they raise funds from fixed-income investors in order to support lending for eligible climate-focused projects. Investors can expect to see on average 9% return per annum for their investments into a green bond. What better way to put money aside than by contributing to environmentally friendly initiatives, and earning a solid annual interest rate at the same time!

As you can see, there are several ways consumers and corporations alike can contribute to tackling climate change. Whether it be directly by reducing your meat consumption, or by indirectly investing your hard-earned money into green bonds. The list goes on when it comes to environmental projects shaping our world.

Ecowatt as a company is dedicated to becoming a leading institution facilitating investment into the best possible environmental projects that will make our world safer and cleaner. We wholeheartedly believe there is not just societal upside, but there is significant financial upside when investors and climate engineers come together and compound their resources.


Risks of a Green Bond:
https://www.bakermckenzie.com/-/media/files/insight/publications/2019/09/iflr--green-bonds-(002).pdf